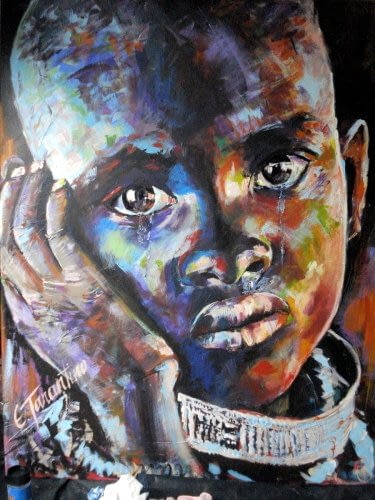 When you read the title, I’m sure you subconsciously thought it meant ‘the sad boy; tough luck, that. I’m freaking blue. Literally. I mean my freaking skin is blue! You can’t guess how hard my whole life has been being a freaking blue Nigerian. I mean, blue? Why not yellow at least? Growing up was hard as you can guess. My parents couldn’t love me and I couldn’t blame them; who would love a blue baby with white hair and totally black eyes like a freaking baby monkey? Anyway, I have siblings, two elder brothers and an elder sister and they at least don’t loathe me that much. They help out when they can but I can see it in their eyes that they wouldn’t if we weren’t related by blood. Sure we all used to go to school in the same car, but they practically ran out when they reached the gates of the school and I stayed back, listening to my mom or dad lecture me about behaving myself and not doing anything creepy. Like what? Being alive?

In high school, secondary school, I mean (freaking American English), I made a few friends and can you guess what? When we were all talking of X-Men, they expected my favourite character to be Mystique. When I asked why they thought so, they all shrugged like y’know. Hello! Judge much? I don’t expect anybody to like the Iron Patriot when Tony Stark is there even if they’re black! I guess I’m technically black too though….
Being blue has its perks though. For one, I never get sick, and if I did, I would probably die. Why is this, you might be thinking, I’ll tell ya. My blood type or is it blood group is an unseen type and it neither accepts nor can be donated to other blood groups, therefore, any disease that affects other people can’t affect me. Really helpful, I tell ya.

After watching X-Men, you would think I would come with super hearing or super speed or even shape shifting (like Mystique), but as far as I can tell, a nigga ain’t got no superpowers (funny how I think of myself as a nigga). What I do have is the ability to understand things at a glance, fat luck it brought me in secondary school. Everyone thought the blue kid was a genius because when teachers drew circuits on the board, I corrected them. When they were explaining the laws of motion and why the planet spun from west to east, I was making deductions and correcting them so much that they told me ‘Oya comman teach the class!’ and teach I did. You would think that would make me a favourite with the teachers or students, instead, all it got me was a two weeks suspension. When I got home (oh, did I mention that my folks shipped me off to boarding school when I was 7?), my dad was already throwing hysterics ‘This child, you will not kill me oh! Did you hear what I said? You will not kill me!’ mom would add ‘Nnanyi, calm down, calm down’ shooting evil glances at me. I would stare at my shoes for a while and then they would dismiss me.

My life has mostly sucked so it’s only natural that I’m very religious or totally unreligious yeah? Well, religion was hard y’know? Me reading the Bible, expecting God to be many colours or something and lo and behold, the nigga is white! God is *arrrrgh I can’t swear!* white! Not that I agree though; I mean, if Jesus was born in Israel, that makes him an Arab right (pronounce as Ay-rab)? And ay-rabs are yellow yeah? When I found out that God was white (I was 6 at the time(I’m actually really smart)), I looked to other books to see if there was something else for me, and sure enough, there was: love your neighbor as I have loved you. LOL. The baleful glances I got in church every time I attended was enough to tell me that these folk didn’t feel no love *Insert Eminem and Lil Wayne song*. Anyway, Islam didn’t hold anything for me either, so I turned to Taoism. That at least, I understood. There was no mention of white gods or any god at all save the Way and the Universe. And so, here I am: a blue Igbo Nigerian Taoist!

PS: As a kid, I was taken to deliverance sessions virtually every two months where I was caned and beaten and starved and told to repent (for the crime of being blue) and then swept off my feet by the pastor’s hand aided by a sweeping kick (which he attributed the Holy Spirit). One would think that since demon’s are portrayed as red creatures, these people would take me as an angel (since blue is the opposite of red) but nah, deliverances and beatings. Okay, carry on.

Final rant paragraph, I promise. Imagine the shock on mom’s face when the doctors handed her her little bundle of joy (me, although I heard she fainted when she first saw me); you would think my folks would name me something cool like Augustus or Ingeldorf or Frobenius, but no, they looked at my face and named me Chima. Translation = God knows. What The Actual F**k? Imagine a blue nigga walking up to a girl and going ‘Hi I’m Chima’. Shit made my life intolerable. That was a while ago, though. Now, a nigga is in the university and I mostly don’t care about the stares anymore (LOL, who am I kidding?), I’ve gotten used to them. 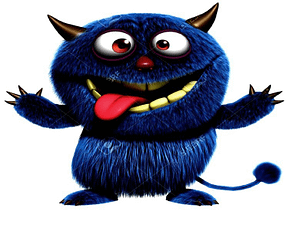 So you might be wondering why I’m writing such a long missive; I’ll tell you. I’m bored as f**k. LOL. You were expecting something mind blowing weren’t ya? Haha, in yo face biaaach!

I do have some adventures I want to tell the world about, but not in this missive. So when next you read something of mine know that you are reading a blue nigga’s work. See you soon beybi, kizzez *In Falz voice*

***
Gratitude to my friend Tobi Ojekunle for inviting me to feature on his website. Tobi has been a friend for years, someone I respect and yab when the need comes haha. Thank you, Tobi.
My name is Ezim Osai, I blog at www.deltaninthewest.wordpress.com and tweet via @EzimOsai
PS: I’m not blue.

5 thoughts on “The Blue Boy”