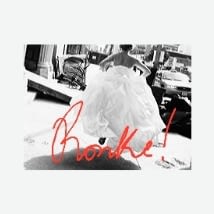 “Ronke! Wake up!” shouted Vicky as she tried to wake Ronke.

“Oh! Jesus! Where am I?!” screamed Ronke as she tried to figure out where she was.

“Come and see question oh! We are sitting in our living room and you are still asking for your current geographical location”, Vicky said as she laughed. “With the heat in this house, you could as well be at the gates of hell!”

“Oh Vicky! I just had the most disturbing dream ever!”

Vicky was so worried. She said, “Talk to me, Ronke! What was this bad dream about?”

“Can you imagine?!” Ronke started as she stood up from the couch and walked towards the window. “I was wearing a very beautiful white flowing wedding gown and BJ’s favorite Air Jordan. But the problem was that I was running away…”

“Oh! Like Julia Roberts in the Runaway Bride?” asked Vicky trying to hide her smile.

“Yeah, something like that! I ran out of a very beautiful chapel in London. I left BJ at the altar!”

“Ah! Ronke! That is bad oh! The poor boy has not even proposed to you and you are already dumping him at the altar in your dream!”

“I know! Can you imagine that I was the only one in the congregation! Every male and female in attendance was me or should I say that they all had my face. Half of the guests were encouraging me to run away. They were saying that it was for my own good. The other half told me to get married to BJ. They said that he is my future!”

“I am sure that it is just your mind that is tricking you. You must have been thinking too much about your relationship with BJ. Take it easy oh! What will be, will be! You guys are so much in love, so I am sure that you will get married to him”, Vicky said as she tried to calm Ronke down.

Ronke asked, “Do you know those red London double-decker buses that we see in movies?”

“I ran out of the chapel and entered one of those buses. As the bus was driving, I was crying and looking at the beautiful city of London. All of a sudden, the bus got to Oshodi market here in Lagos!”

“Ah!!” Vicky put her hands on her head. “They are following you oh, Ronke! And I am not talking about Twitter or Instagram!”

“The bus that was filled with white people became empty all of a sudden. I was the only one in the London bus that was driving around the streets of Lagos. As I tried to walk to the front, so that I could speak with the driver, I don’t know what fell upon me. Everything just became dark and still”, Ronke stopped as she walked towards the kitchen.

Vicky asked curiously, “Come back here nah! What happened after that?! What did you see?”

Ronke did not answer Vicky’s question. She was being driven into the kitchen by the sweet-smelling aroma coming from that direction. The aroma from the fried plantains was dancing with the tantalizing Nigerian Jollof rice and the enticing aroma from the fried chicken was the DJ, so Ronke could not resist. The wind carried her straight to the pots and she served herself from the food that Vicky just cooked.

“Ronke! Ronke!! You and my food sha! Only God will deliver you!”

“Abeg! I am hungry oh jawe”, Ronke replied as she devoured one of the hot chicken wings. “Vicki-Vicky, my most favourite flatmate! You can cook for Africa! Watching Audrey’s YouTube videos is working out for you! This food is really delicious!”

“Continue with the narration. We have a very serious matter at hand and you can still think about food!” Vicky smacked Ronke and shook her head.

“You know what, Vicky?! I just noticed that you look a little bit different. Did you go to the hair saloon yesterday?! The hairdresser really did a good job on your hair. It is popping, bouncing and giving me life!!”

“Oh! Ronke! Don’t you want to be serious?! Well, if you have to know, I did not go to the hair saloon. You know that I do not have time for that with my busy schedule”, said Vicky as she touched her hair. “It is a wig!”

“A wig?!” shouted Ronke as she touched Vicky’s hair. “It looks and feels so real! Where did you get it from?!”

“Wow! These are really good. I have to get my own”, said Ronke as she used one hand to put a spoon full of rice in her mouth and the other hand to scroll through pictures on Vicky’s phone.

“Ronke!!! Give me back my phone! And let us talk about your dream!” shouted Vicky as she grabbed her phone from Ronke’s hand. “Ohya! Continue!”

“Ok, if you insist”, said Ronke as she drank from her glass of orange juice. “After everything became dark and still, I woke up with my designer wedding gown in front of my father’s house in Ibadan. Then all of a sudden, the prince of Bashorun and the prince of Ibadan were standing there. Before I could say a word, they started fight over me. They wanted me to be their queen. One was pulling my right hand and the other my left hand. Their boys were also fighting each other. It felt like a civil war and I was the center piece!”

“So, what did you do?!” asked Vicky feeling so concerned.

“I started to shout! One of them was about to ruin my beautiful wedding dress! Well, that was when you woke me up! It was so horrible!”

“Ronke, we honestly pray about this. We have to pray against anything that wants to ruin the happy life you would be having with BJ”, said Vicky as she took a piece of fried plantain from Ronke’s plate. “But before we do that, have you told him?”

“Who? BJ? About what? This dream that I just dreamt 20 minutes ago?”

“No! Stupid! Have you told BJ about the offer you got at work last month?”

“No, I have not yet told him”, Ronke said as she almost started to cry. “How am I suppose to tell him? He might advise me to take it and go! I am scared of losing him! And I am also scared of losing such an opportunity! I have worked for this all my life!”

“But you have to make up your mind! You have to talk to him about it. He is your boyfriend and I am sure he is going to propose very soon!”

“I know, but that is where the problem is and I am running out of time. I have just one month left to give my boss the feedback. I know it would be great to be a plastic surgeon in Los Angeles. I know that I would be earning twenty times more than I am now.”

“That is why you have to consider it carefully”, said Vicky. “I know you! You are a career-lady. You are a go-getter!”

“But BJ is the love of my life. I do not want to leave him. And I do not want to stay behind with hopes of getting married and starting a family with him. What about if everything changes tomorrow? That would mean that I will be losing a life time career changing opportunity for nothing.”

“But love is worth fighting for. You are strong! You have been fighting all this while. Look at what you have achieved for yourself. You came from nothing and now you are here”, Vicky tried to convince her as she filled their glasses with more orange juice.

“Yeah, that is true. But I do not just want to be known as just someone’s wife. I do not want to end up being a trophy wife. I want to make a name for myself”, said Ronke as tears poured out of her eyes.

“Wipe your tears, girl! What are we going to do? Can’t you work out a plan with BJ? Maybe he can relocate with you, because it seems your heart is really made up on travelling to advance your career. I do not want you to miss out on that and regret it.”

“I do not think BJ can ever relocate to the United States. He is working in the federal ministry of Health and at the same time managing up to 30 percent of their family’s empire here in Nigeria. That would be too much for someone to leave behind.”

“So, will you break up with him?” Vicky asked feeling so worried and confused.

Ronke’s glass of orange juice dropped on the floor and its content splashed all around. “Break up with him?” Ronke could not control the next stream of tears that was gushing out of her eyes. “I cannot even think about that. I cannot think about separating myself from the flesh of my flesh! Vicky!! I wish things were not so complicated!”

“You really have to talk to him. I do not want you to give up on your dream or the love of your life. There must be a solution! You have to work things out with him”, said Vicky as she comforted Ronke.

“Vicky, what would you do, if you were in my shoes? What would be your decision? Would you…”

Ronke’s phone started to ring. She looked at the screen and looked up at Vicky. Vicky nodded. Ronke wiped off her tears, she snuffled and pressed ANSWER. 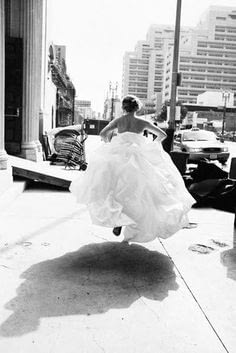 Thank you for reading and sharing with your friends. Other RONKE related stories are available:

5 thoughts on “RONKE THE RUNAWAY BRIDE”