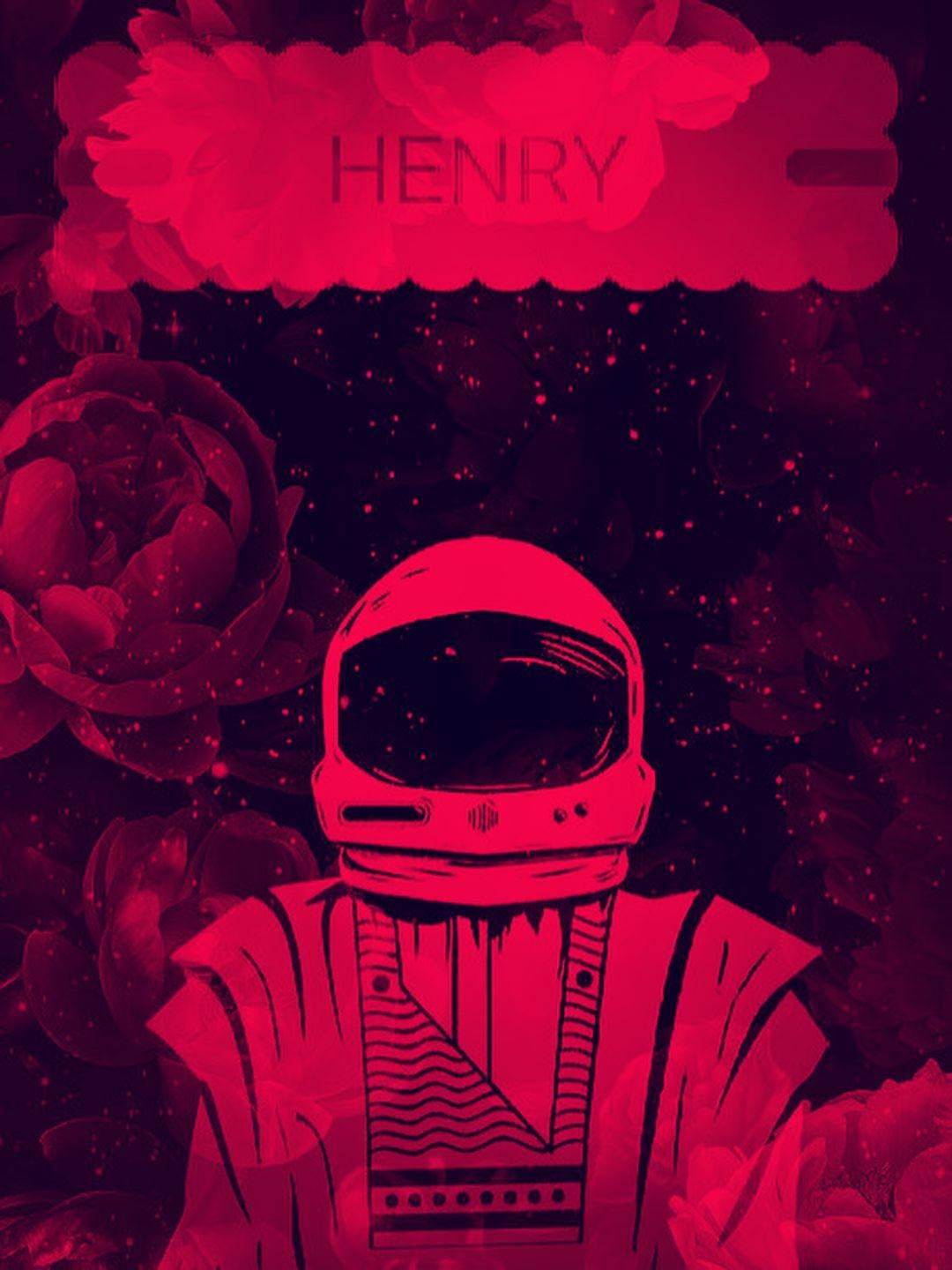 HENRY, WHAT A MESS!

Sometimes, life could be a bed of red thorny blood sucking roses.

I could swear that I heard that voice in my dreams.

I had not seen sunshine for the past five days. I have been locked up in my bedroom, wrapped up in the blankets of my sorrow, covered in the smell of my failure and surrounded with the leftovers of my tears and anger.

A few weeks after having a feast with my neighbours, my boss called me into his office.

“Doctor Henry Adejokosibi Otedola, please have a seat”, he said as he pointed at the seat across his table.

“What is the meaning of this?”, he asked as he pushed a file at me.

I am sure that ten generations of butterflies would have lived and died in my mouth before I could close it. I was caught by surprise and a flood of questions.

“But sir! I did not do any of the things stated here”, I tried to defend myself. The file was filled with lies designed to make me lose my job. I explained that I was not even in the hospital when the events took place.

“How could I have operated on three patients, when I was busy eating with my neighbours at home?”

“How could I have given them the wrong dosage?”

My boss smiled at me and said, “The Doc, I have told you time without numbers. You are very talented and ambitious. Stay in your lane! Do your job, mind your business and all will be well!”

I looked at him dumbfounded. I did nothing wrong. I was only fighting for the betterment of the public health system, especially for the one in Lagos.

My boss continued, “The tables you have been shaking have a lot of powerful people and strongholds on it.”

He stood up, walked to my side of the table and patted me on my shoulder. “Let me be honest with you, young man”.

I could not agree to this injustice, so I stood up and said, “I will never sign those papers! There is no way you will ask me to leave a job that I love and fought for!”

“Doctor Henry Adejokosibi Otedola, that would be a very stupid decision! Well, it does not even matter! There is no way you will be able to work here or in any renown reputable health facility in Nigeria! You can take me by word. If you like, sign the paper. If you like, don’t sign the paper. It will not change what you have brought upon yourself!”

At this moment, he had already opened the door to his office. “The Doc, it was nice working you. Good luck roaming about Lagos with your jobless ass”, he smiled as I walked out of his office.

He slammed his door and my life seemed to shatter behind me. My co-workers, well now ex-co-workers were trying to sympathise with me, but I did not hear a word they said. My dreams, my future and plans all of a sudden became blur.

I picked up the rest of my belongings from the office and found my way to the parking lot. Tears started to flow out of my eye sockets as I sat in the car starring at the ambulance drivers sitting under the mango tree across the road.

“Why did you want to be the hero? Did you think you were going to succeed in a rotten system? Did you think that anyone would have your back when things go south?”

Those were the questions I asked myself as I fired up the engine and drove off. “Oh, Henry! What have you done?!”

The feelings of disappointment started to set in as I drove out of the premises of the teaching hospital. I have never felt like this in a very long time. I can remember my primary and secondary school days. I was made to feel disappointed with I get anything lower as 85 percent. With 84.5 percent, my mother would always ask for the best result in my class and ask me if the person who got it, has two heads to be able to perform better than me.

“How will I explain to my family that I got sacked when I just won the award of the most engaged and hardworking doctor of the year?”

Dangerous thoughts were crossing my mind.

“Should I drive off the bridge and straight into the river?”

“Should I collide with a tanker that is loaded with petrol?”

I finally got home with my eyes already swollen and my nostrils dripping. I walked straight to the kitchen and relieved the fridge and the cabinets of all the snacks and drinks I could find. I went into my room, straight to my bed with all the food a 3-litre bucket could carry and I started to eat my sorrows away.

“Henry! What a mess”, she repeated as she pulled off the blanket to uncover my face that was buried in a heap of cake, my hair designed with cheese balls, my hands and fingers stained with sweet dripping dark chocolate.

“Enough of your self-pity party!”, added Victoria as she opened the windows and drew the blinds. “Everyone has been trying to reach you, but you are not answering your phone calls!”

“How did you know that I was at home?”, I asked my sister as I was trying to figure out what she was doing in my apartment and in my bedroom.

“I was at the hospital this morning for a general checkout, so I decided to use one stone to kill two birds by visiting you in your office”, she said as she started to pick up the empty bowls of ice cream and empty sachets of cookies from the floor. “Doctor Tosin, your friend, explained everything to me. I am so sorry about what happened to you. Why did you not call anyone, especially me, to discuss it?”.

She came to sit beside me at the bedside.

“Forgive me for saying this, but you are stinking!!”, she said with a frown on her face as she tried to push me out of the bed. “Get up now and take a shower! Remember what mother always say – Take a shower and figure out the rest later!”

“I have heard you!”, I said as I tried to stand up from the bed.

Victoria’s children ran into my bedroom. “Mummy! Mummy!! Mummy!!! When are we going to Grandma’s house?!”, they shouted as they stormed in.

“Junior! James! How are you doing?!”, I asked as I struggled to put a smile on my face.

I turned to their mother and said, “Your kids are growing so fast! I have not seen them in a long while even though we are all living in Lagos!”

Victoria and I turned around to see what the kids were up to at a corner of my room.

Junior gave a juice box to the curious James, who was struggling to know why Junior was disgusted by a multivitamin juice.

Before I could figure out what was going on, James also drank from the box and shouted, “J-E-S-U-S!!”

“It is urine, right?”, Junior asked James as he started to laugh. James got angry and chased Junior out of the room.

Victoria threw a pillow at me. “What is the meaning of that?! You are now peeing in boxes and bottles?! Don’t you know the way to the toilet again?!”, she asked angrily as she stood up to continuing cleaning the room.

“I am so sorry, but I have been in bed since the incident and I was not motivated enough to stand up and go to the toilet, so I did it Grandma’s style!”, I said in my defence as I was walking into the bathroom. I turned back and said, “Thank you so much sister for checking up on me!”

“What are we friends and siblings for?!”, she asked as she continued to dump my clothes and bedspread in the laundry basket. She looked up at me and said, “Don’t worry little brother! Sorrow may last for the night, but joy is surely going to come in the morning!”

I was surprised that she was supporting and encouraging me. I was expecting her and the whole of my family to be disappointed in me. I almost cried.

“According to what Doctor Tosin told me, you did good, but the system in this country is too corrupt and everyone is trying to keep his head! You will surely get a job that is greater than the one that was taken away from you”, she prayed for me.

She approached me to give me a hug, but she changed her mind because my body odour was very appalling. “We will be gone before you are done in the bathroom”, she said as she covered her nose and walked past me to the entrance to my bedroom.

“Dirty boy! Don’t do anything stupid!! Remember that we are now praying for you and God is in control”, she said as she shut the door behind her.

I felt some kind of peace and reassurance from her words of encouragement.

The sun rays lightened up my room. It was a new day. I became determined never to give up as long as I am living. I had a warm bath, put on some clean clothes and searched for my mobile phone in the living room.

Guess what I saw!

77 missed calls from a foreign number and three emails from the same source. Someone has been trying to contact me for the past two days.