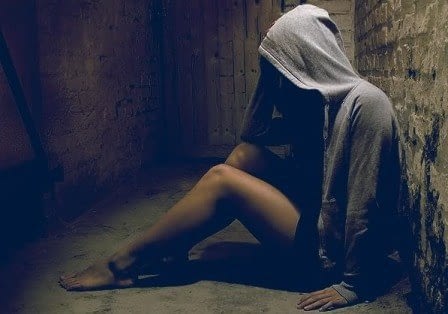 I have been BUSY!

“Too busy to put a call through to me?” I asked.

“I’m sorry dear, you understand the nature of my job, I don’t even have time for myself.”

This was the conversation between myself and my supposed bf, Oladimeji. He claims he’s been busy of late, too busy to even ping me. I don’t even bother pinging him ‘cos my ping will be left unread for like 2 days, which I detest so much.

My heart skipped a beat. I expected him to say something. We’ve not spoken in like 9 days. He could at least ask how I was faring in school. I was hurting within.

“He no longer cares” was all I could say to myself.

I began to reminisce the times we spent together, the days when he won’t let a day pass without checking up on me at least twice, while we chat the whole day. The days when people thought I owned his phone ‘cos I was usually his dp, avi, wallpaper and his pms were so OMG! *love struck*. I began to ask myself, “what happened?” It probably started in bits and I dint notice. Lord! I don’t want to loose Dimeji.

Dimeji and I have been together for 10 months now and I can swear by anything, he wasn’t telling lies when he said “I love you and I want to call you mine”. Initially, I thought he was like every other guy as I was still recuperating from an heartbreak. But eventually, he proved me wrong; I fell in love with his person.

“Whoop whoop!” that was one of my roommate; she happens to be a very loud person and craves attention wherever she goes. She disrupted my thinking when she walked in.

“What’s the matter?” she asked

“Nothing, why do you ask?” I replied, wondering if it was obvious that something was wrong.

“I’m serious, there’s nothing wrong with me. I just had a stressful day at school, that’s all”. I claimed.

“Oh, okay. Maybe a shower and a nap will be of help” she advised.

“You welcome” she said.

She got up and headed for her bed singing.

I picked up my phone which happened to be my ‘Dimeji’ right now. I decided to tweet out my sorrows. Unfortunately, my ‘busy bf’ was all over my TL. How come? I thought he dint have time for himself. I decided to go through his tweets and I found out that he’s been having fun. The ‘I have been busy’ ish was a big lie. “What is happening?” I couldn’t stop asking myself.

I mentioned him in a tweet, he didn’t reply .

I pinged, no reply.

I decided to pick up my PHY 113 notebook. I tried reading but it was effort in futility. I couldn’t assimilate anything. Eventually I gave up on the note and decided to sleep.

I woke up at 1:00am and the first thought was of ‘Dimeji’. I checked my phone but to my greatest surprise, none of my notifications were from him. Exams were like 5 weeks away. I couldn’t read ‘cos I was thinking of ‘Dimeji’! 1st semester’s result weren’t too good because I wasn’t used to the University system of teaching and learning environment & its ups & downs. And this semester that I made up my mind to nolify the effect of my 1st semester’s result on my CGPA, Henry was coming up.

I laid wide awake on my bed, thinking of what could have gone wrong. My bestie, Oyin, woke up and found me lost in thoughts. She walked to my bed and asked “Is anything the matter?” I couldn’t tell her ‘cos she never liked the idea of me dating Oladimeji. He’s about 8 years older than I am, he’s done with school and has been working with a pharmaceutical company for a few years now. I’m a young girl, I know little or nothing about life, there was a kinda grave difference between virtually everything about us.

“Nothing Oyin, just thinking about my 1st semester results” I lied

“Ahn han, I’ve always told you to forget about the past and deal with the present, there’s little or nothing you can do about that, but this semester’s, a lot can be done.” She advised. We talked deep into the night, she eventually put me to sleep.

I had to wake up early for my ZOO 112 class which was for 7 a.m. Trust me, before I said my morning prayers, I brooded over Oladimeji’s ish for some minutes and prayed to God to change the situation of things.

I made up my mind not to say anything to him again. If he wanted the relationship to work, he had to make the next move. I went to class with Oyin, while Dr. Aina was teaching skeletal systems; my brain was assimilating ‘Dimeji. Times and again, I tried to take him off my mind but it dint work.

Days rolled into weeks, weeks into months, no calls, texts, pings or Dms from ‘Dimeji. I began to feel irrelevant in my own world. I felt like I meant nothing to people. I hated ‘Dimeji right then, but trust me, I wanted his call badly. It was the only thing that could heal the wound in my heart.

“How’s your ‘Dimeji sef?” Oyin asked one Saturday while we were washing our clothes.

I didn’t know the whereabouts of ‘Dimeji, but, I was sure of one thing, exams were about 4 days ahead! I just had the urge the visit ‘Demeji and talk things over with him, shey the Holy books say we should be at peace with all men.

After washing my clothes, I set out for Dimeji’s. When I got there, I wished I hadn’t gone. He was so blunt, asking me questions like “why would you come to my house?” “You could have called me or something.” The truth is, he stopped picking my calls long long ago, I tried saying all these but it seemed like he detested me so much, I wasn’t a fan of girls begging guys when they didn’t want a relationship anymore and since I got the message, I just walked out. I was mad. And he dint try to stop me. I felt that sharp pain in my heart, just like some one starbed it with a knife.

Various thoughts went through my mind. I got back to school, just as I was about crossing the road to the other side that leads to my school gate; I was knocked down by a motorcycle. I really don’t know how it happened but when I opened my eyes, I felt a sharp pain on my leg.

There and then I began to cry, she said I had been in comma for about 72 hours that my b.p was high and all sorts. I cried my eyes out. Just then, my dad walked in, surprised to see me in tears he said,

“Darling, why are you crying?

I pointed to my leg which was wrapped in plaster of paris and cried even louder.

Dad walked up to me and kissed my forehead,

“You should be glad you’re alive” he said

He said a lot of stuffs but I was lost in thoughts. See what ‘the love of man’ has caused me. Here was a man who has loved me since conception and still loves me even know that I look like an outcast, why was I being troubled over that idiot? If only I took his ish off my mind and prepared for my exams which started today, I won’t be wrapped in this P.O.P. I hated myself. Why dint I tell my besty, she would have discouraged me. These and many more were going through my mind and the tears kept flowing freely.

The doctor says that I’ll undergo a surgical operation in 2 days time, he says the operation is the only answer to my “will I ever walk again?” question.

“Lord! What have I done to myself?” so I might never walk again!

I can’t write my exams this semester and that is tsunami! My dreams of becoming the Ben Carson of my generation might have been chattered, I’ve disappointed my parents, friends and myself. I might never walk again, never again, not so sure tho, but this I’m sure of, if the operation is successful and I walk again, I’ll live everyday, reminding myself of these;

Beautifully and wonderfully made

My kind is very rare

You’re lucky if you have me

Over a thousand and one guys wish they were in your shoes so, dear bf, it’s a privilege to call me your gf, Love me unconditionally.

If every girl walks heads up high, knowing she’s worth all these and more, she wont wallow in self pity whenever she’s heart broken. She won’t beg to have anyone, it would be the other way round.

I’m not saying when things go wrong, you shouldn’t try to make them work out. But when you know you’ve done your part, let him be. Remember, whatever will be, will be.

I hope I dint bore you, thanks for reading through, God bless you. :*