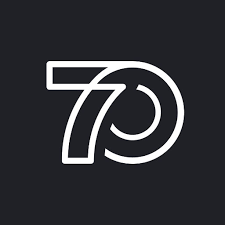 Seven Tees. A week long. Sundays included. The choir and the cross. We sang and clapped on the bus. I usually joined them once a month. Others were just my headphones or just muffs. This Sunday was my best, my birthday was in two days and ‘the boys’ promised a bash.

I looked in the mirror at an endless sea of greens. Yes! The mirror. I wasn’t so far off from the driver and the huge side mirror. I needed to see myself and this emptiness in my everyday Tees looking dapper as I chased the money. I don’t expect any different, but I take these trips on this same bus looking through a sea of greens of a hope without a cloak- a break in the cosmos. The only form of incendiary I ever knew was a mini protest for a wage raise, even though it looked massive in my head. Even my body could tell. My father said the gold was in public service, you only worry about your job while your coffers get filled, but I only had a wallet, and a silly ‘kolo’ box for self-donation to buy a new tie.

Life had taken a damning turn. I had rocked these Tees. Permit me to say rocked, through the sustainable streets of life while it boasted as my only light and a moniker for a sound education. Father said they would work, as long as the ‘gators’ could be seen.

It was 1945, and it felt like 8th grade. There was a huge energy surge warped in the uncertainties and a drastically magnanimous monotony called boredom. It exchanged dreams with survival, copper badges with dented edges, surely depicting its name. One of the women told me to join them in singing that I could be moved to reach the unreachable. I believed.

Head to the window, I started with a mumble, later two feet taps and within minutes, I was soaking wet in my famed Tees. I worshipped and praised, hoping for a miracle. I needed a rebirth, I was nearing 70 in two days and I had nothing to show for it. Except for a bag of knowledge and survival stashed away in the trash.

In the advent of my exhaustion, I had a little syncope in my songs and slept. It felt like I was warped in a time capsule. I think ‘I saw God’. Everywhere was white. At least, I heard a voice telling me I couldn’t be young again. That I couldn’t go back to 1898. I couldn’t relive my life again. It wasn’t over for me but my body was dead meat. I was going to end living at 70.

I had pleased the Father, and heaven was on the cards. Unknown to me, He was watching. I thought I was a bore, a dwindling convert unsure of salvation I was only a good dad but my wife could see a bad husband when I got closer to my secretary, who was a childhood friend.

I woke up to find myself on the altar. The women claimed I had a seizure and ‘the spirit’ must have taken over me. People said I writhed in pain and screamed in various voices and tongues. I rose with sadness but the congregation screamed in over-excitement. The pastor kept saying ‘Baba is 70. Baba is healed’. I finally laughed as I knew that He above was pleased with me. I was sad to leave my family but happy to be going to heaven.

It was a bitter-sweet moment. I walked out of the church to see my family once more telling them to achieve all they can before they get called to the above because satisfaction could be relative not guaranteed.

I am Kamsi and I died two days later. With a smile and an unfulfilled dream in my head killed by responsibility and survival. In my life’s voyage, I had remained simple, turning away vanity and irregularities of life’s terrain. I had moved without owning anything despite having everything. I loathed the usual sadness that weighed over me when I saw my mates flourish while all I had were family, love and my ‘gatored’ Tees.

No one knows my dreams but me. But if you look in the mirror, you may see it.

Hi. I’m Olanrewaju Abiola. A medical student at the University of Ilorin.